EVICTION S.O.S. Are you facing eviction and need immediate help? Housing advocates recommend the following steps: • Talk to your landlord. It might be possible to reach an agreement about staying in your rental. • If you’ve been served with eviction papers, read them. • Call New Mexico Legal Aid or the other phone numbers below. • Go to your eviction hearing. If you don’t show up, you automatically lose. New Mexico Legal Aid: 1-833-LGL-HELP (1-833-545-4357) City of Albuquerque Office of Civil Rights: 505-768-4595 Senior Citizens Law Office: 505-265-2300 Amparo: Click here to fill out the contact form. To apply for the New Mexico Emergency Rental Assistance Program (ERAP), click here.

Years before he became a law professor at the University of New Mexico, Serge Martinez worked in the South Bronx helping tenants defend their rights. The experience planted a seed that would grow into a deep-rooted belief: Housing is a basic human right. “Without stable housing, any other intervention, any social service we have is going to fail,” he says.

Before the pandemic, Martinez used to sit in Albuquerque’s “eviction courts” watching tenants lose their homes, often because they were so disillusioned with the system that they didn’t even show up to the hearings. Now that hearings have gone virtual, the problem persists.

Martinez teaches at the UNM law school’s Economic Justice Clinic, focusing on issues of housing stability and tenant protections. He represents clients struggling with housing insecurity and advocates for housing reform. In 2020 he also co-founded a nonprofit called Amparo that provides housing assistance for families with school-age children in Bernalillo County.

Is it even possible to solve New Mexico’s affordable housing crisis? Yes, Martinez says emphatically. And it’s imperative to start fixing it now. We caught up with him to find out more.

Searchlight: Our reporters have spent months looking at evictions in New Mexico, which continued even during the moratorium under the federal CARES Act. Landlords wrongfully tried to evict hundreds of people between April and July 2020 in Albuquerque alone. What went wrong?

Martinez: The CARES Act moratorium was narrowly focused on federally funded or subsidized housing — it wasn’t universally applicable. Tenants often don’t know whether their landlord or their building is subsidized. Even if they were aware of the moratorium — a big if, in many cases — everyone was freaking out and maybe not paying attention to this section of a giant bill. When the moratorium came out, there was no central repository that said which buildings were covered.

There’s nothing in New Mexico law that requires you to say whether a building is federally subsidized and is covered by the CARES Act. It depends on someone knowing about it and being self-possessed enough to raise this question while they’re facing eviction.

Searchlight: But presumably the landlords knew whether or not they’d gotten federal funding for their property — so they knew they shouldn’t evict people?

Martinez: I’m pretty confident landlords knew whether they were covered. There probably were some landlords who weren’t aware of the CARES Act prohibition — a few smaller or less sophisticated landlords. Everyone was overwhelmed, so I’m trying to be as charitable as possible.

Searchlight: New Mexico has been struggling with evictions and housing insecurity for decades. What concrete steps can the state take now to ease these problems?

Martinez: In New Mexico our minimum wage does not allow somebody who’s working 40 hours at minimum wage to afford a two-bedroom apartment. That’s scandalous.

One leg to housing stability is making sure people have a steady stream of income. So — raise the minimum wage.

Another is affordable housing. If I’m building a house today, there’s no incentive to build one that’s affordable. We need a concerted effort to increase the housing stock — a statewide commitment to providing public housing, not as a money-making thing that has to pay for itself.

We need to increase subsidies for housing and require landlords to take those subsidies. Folks who have a housing subsidy are finding it hard to rent because landlords don’t want to take somebody with a Section 8 voucher. To be approved for Section 8 as a landlord, you have to have an inspection, document things and agree to certain parameters. Some folks don’t want that level of intrusion and hassle.

Searchlight: The Section 8 voucher program allows tenants to rent from private landlords at a reduced rate, and the federal government pays the difference. Landlords end up getting a fair market rate for their units. So why do so many of them refuse to take vouchers?

Martinez: A lot of it is the stigma. People who are on Section 8 are getting subsidized to live in places that they couldn’t afford by themselves. A lot of people don’t want poor people living next to them. Homeowners are much more likely to be white than non-white because of decades and decades of discriminatory policy in the United States. Folks who are likely to be renting are disproportionately not white, and people who are poor are also disproportionately not white.

Searchlight: Why are the impacts of eviction so long-lasting?

Martinez: When you get an eviction on your record, it’s a Scarlet E that follows you around and makes it harder for you to get another landlord and live in a decent place. No one gets evicted and moves to a better place. They get evicted and move further down the chain because they’ve got this Scarlet E now that’s made them less desirable.

Searchlight: It’s not surprising that state law favors landlords, who have political and lobbying power. But isn’t the lack of affordable housing a huge drain on the economy?

Martinez: Yes. Anything we think of as a goal for us as a society rests on the assumption of housing stability. It’s not obvious to people that there’s a one-to-one connection.

There’s a failure to understand what eviction means. It’s not like getting your TV repossessed — it’s hugely disruptive to communities and families.

Housing is a basic social good, a basic human right. We live in the wealthiest society the world has ever known. New Mexico is on the poor end of that, but we’re still doing extremely well by any objective standard. We could provide housing to everybody, and we have a moral obligation to do so.

Even if you don’t accept that and say, ‘We live in a capitalist society and neoliberal yada-yada,’ it’s still penny-wise and pound-foolish [to ignore housing needs] because of the costs to society. Having to provide social services to folks when they’re evicted is way more expensive than just providing housing in the first place. 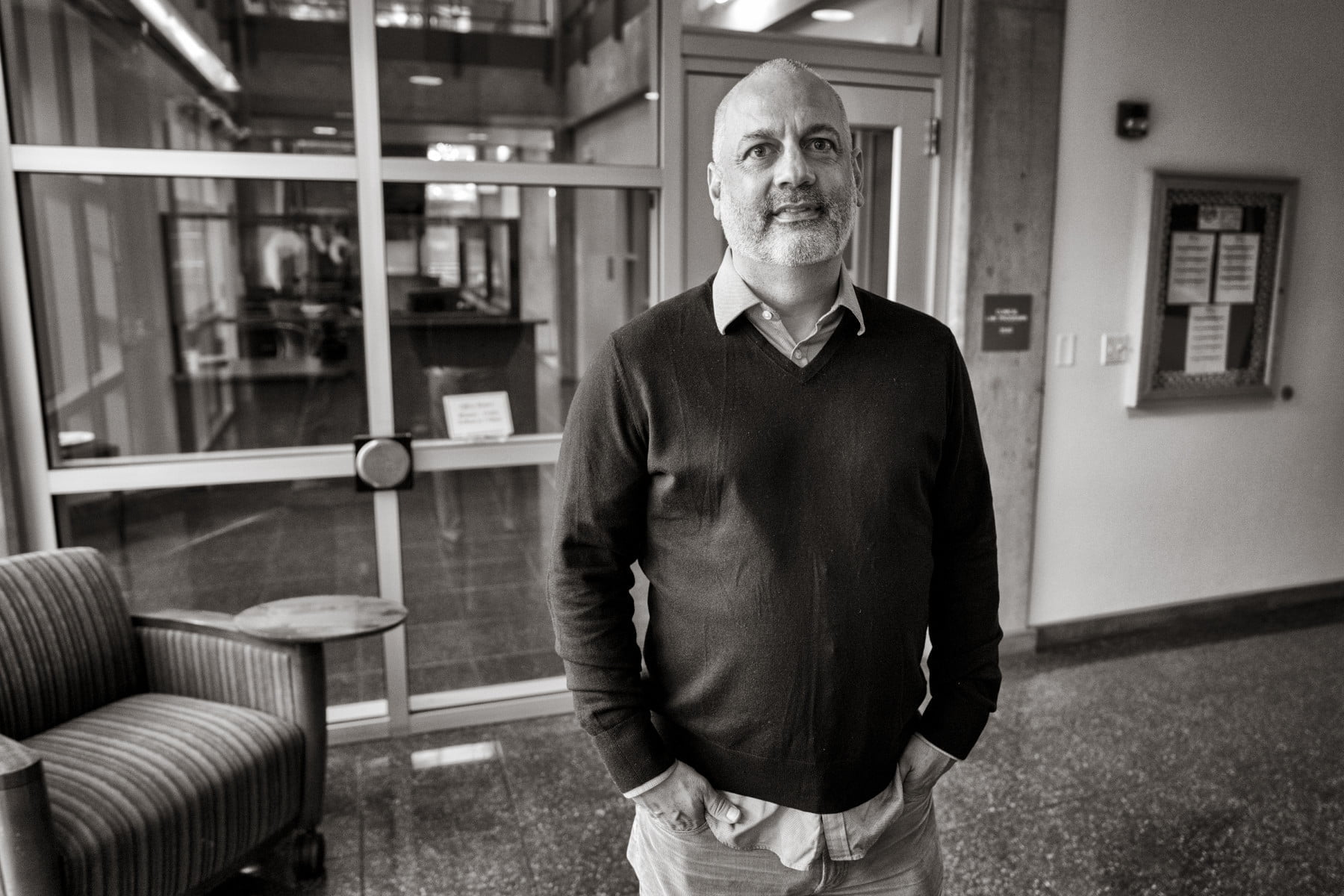 Searchlight: Will the pandemic spur any long-term changes?

Martinez: One thing that I’ve been seeing from the pandemic has been a greater acknowledgement of how crucial it is to have housing. There’s value beyond not getting rained on. There’s a multiplier effect of having stable housing that we’re starting to recognize, and with that awareness, now is the moment to say what else can we do.

Another effect we’re seeing from this pandemic is that if it’s harder to evict people, there’s more opportunity for landlords and tenants to try to work things out rather than just going to court. The other piece of that is the tens of millions of dollars of rental assistance that’s been made available.

Searchlight: You’re talking about the federal Emergency Rental Assistance Program, which helps low-income households cover the cost of rent and utilities. Would it be valuable for the state to continue offering emergency funds like this, after ERAP ends?

Martinez: That’s the cheapest, lowest-hanging fruit: We can give someone $800 to keep them from getting evicted and save $10,000 in social service costs or lost income.

Searchlight: But do we really have the resources in this state to fix these kinds of problems?

Martinez: I’ll give you two answers. One is we can’t afford not to. We’re losing money every year. It’s like having a leaky sink you don’t want to fix because it’ll cost $10, but you’re losing $100 a year in water.

The other is, yes, absolutely. We’re poor, but not so poor that the state can’t provide basic services.

We have the resources. It’s so stupid that we haven’t done this, because we could — and if we had done this 20 years ago, we’d be looking at all the other states that cut social services, and we’d just be sitting around eating green chile and laughing.

My friend who’s a tree surgeon says that the best time to plant a tree is 20 years ago, but the second best time is today. And I’m like, ‘Well, let’s get cracking. Let’s plant this tree.’

This interview has been edited for length and clarity.